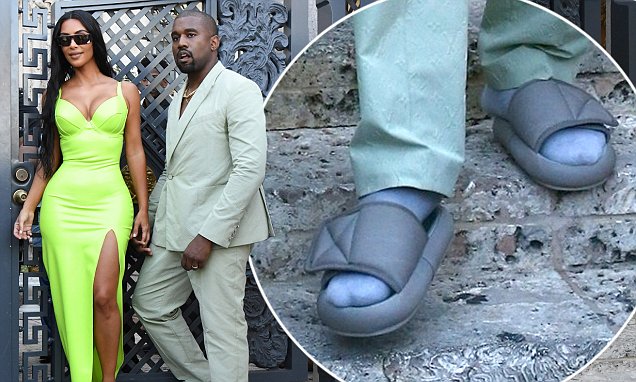 Yeezy god rapper Kanye West and his wife Kim Kardashian arrived at the Miami wedding of 2 Chainz and Kesha Ward wearing an outfit that’s in serious danger of upstaging the groom. Kanye, 41, was dressed up to the nines in an off-white Louis Vuitton suit but seemed to have forgotten his shirt. In the absence of a dress shirt, Kanye wore three gold chains around his neck leaving his bare chest partly on show. 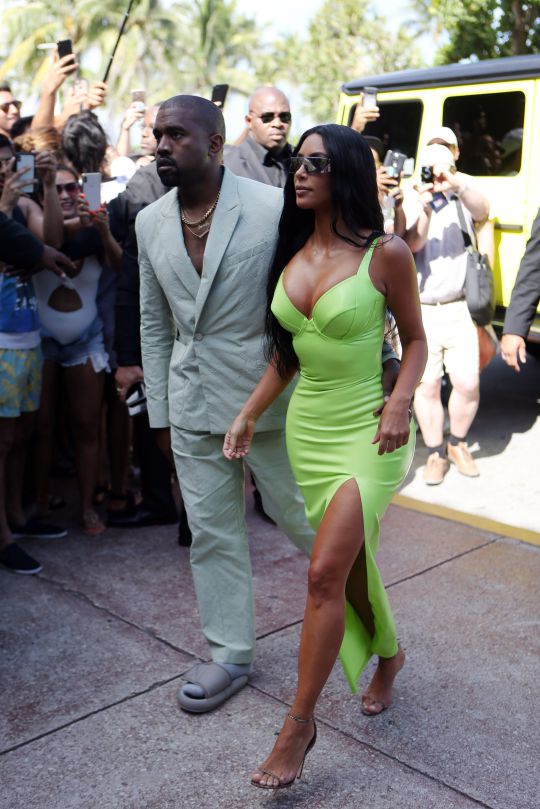 Surprisingly, the shirtless aspect of Kanye’s outfit wasn’t the most jaw-dropping. The Famous rapper teamed the smart Versace suit with a pair of slippers, well, sliders in fact from his own Yeezy fashion collection. Of course, he teamed these with a pair of white socks. As if Kanye didn’t stand out enough, Kim, 37, rocked up by his side in a neon yellow latex dress which clung to her figure. The eye-catching dress features a plunging neckline and thigh-high split, while Kim finished the look off with a pair of futuristic sunglasses. 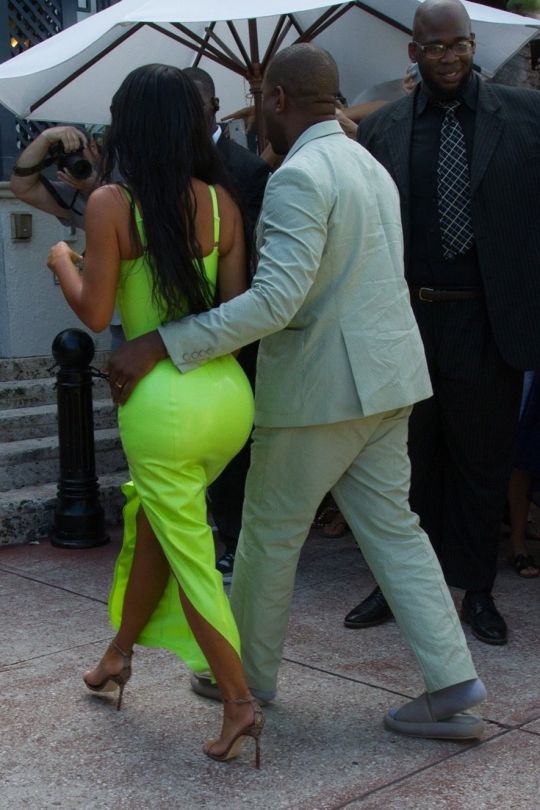 According to TMZ, the We Own It rapper has splashed out approximately $300,000 (£235,000) on the nuptials. Thanks to the hefty price tag, the soon-to-be newlyweds can spend two nights at the iconic mansion. 2 Chainz and Kesha have been together for several years and share two-year-old son Halo. The 40-year-old is also a father to daughters Heaven and Harmony.