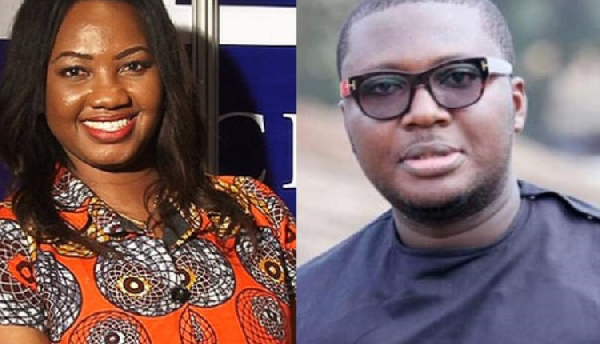 TV3’s Komla Klutse and Joy FM’s Araba Koomson were subjected to a barrage of attacks on Monday afternoon by maverick politician Kennedy Agyapong for airing stories about the embattled Director General of the Ghana Maritime Authority (GMA), Kwame Owusu who is his close pal.

Kennedy Agyapong who has not hidden his close relationship with Mr Owusu used unprintable words to describe the two journalists whose crimes were just airing news items about the ‘Darling Boy’ of Mr Agyapong after documents were leaked early last week.

When reminded by the host Osei Bonsu he was on live radio and therefore needed to be civil and polite in his choice of words as observed by MyNewsGh.com, he appeared more infuriated and went personal on the female news editor of the Multimedia Group.

“The journalists are accusing him of going overboard if I was the one I would have said more because I saw Araba. Someone sent the news video from US to me…I saw Araba Joy TV saying these are the kind of people we use our taxpayers’ money them…excuse me Araba! how much is your meager pay? he quizzed.

Looking angrier now he descended to the galleries saying “Look at your face, the man’s son has completed a law school in the UK. If Araba claims she is intelligent she should go and write an exam in the UK. Some journalists are so foolish and stupid they want to run down some respected persons. What nonsense is going on? And that other stupid one at TV3”

According to him, the media are questioning the arrogant posture of the Maritime Boss during the presser wondering if the media allow themselves to also be questioned in similar way.

“On my return, I was told Kwame Owusu held a press conference and the media are questioning his posture saying he was arrogant. I want to ask the media who question their posture when they ask some of these questions? The interesting thing is that anything you put on Facebook a lot of people watch…anyone interested in issues about Ghana watches and reads a story and has no means to check if it is correct or not. I will urge you to check the way you churn out some of your news. Sometimes when you are fed up with the negative news out there you react,” he intimated.