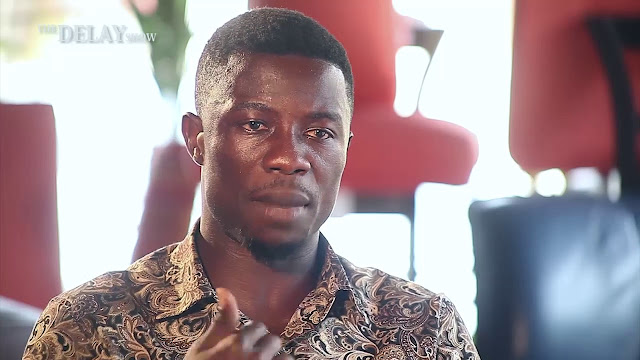 Kumawood actor, Kwaku Manu has blamed the collapse of the movie industry for the death of his colleague, Abass Abdullai, popularly known as Blinks.

He said if the industry was thriving, Blinks would not be where he was at the time of his stabbing.

The 35-year-old Kumawood actor was stabbed to death Wednesday morning at Sawaba Akrem in the Asokore Mampong Municipality in the Ashanti Region.

The Manhyia Divisional Police Commander, ACP Kwaku Buah said, Abass lost his life after he was stabbed twice by the brothers of his master when he was settling a fight between them and his master’s wife.

He said Abass died while he was being rushed to Komfo Anokye Teaching Hospital (KATH) for treatment.

The police have mounted a manhunt for the suspects whose names have been given as Abass and Tijan.

“Blinks was not just an actor, he was also a makeup artiste and combined the two anytime we were on location to shoot a movie,” he stated.

Kwaku Manu recalled how he linked the late Blinks to movie producer, Jones Agyemang which begun their friendship.

“Blinks was like a brother so his death really hit me. I’m convinced if we were working, this wouldn’t have happened to him,” he bemoaned.

The comic actor said in the past week, he felt something bad was going to happen and cautioned his colleagues but did not know it was really close to him.

Kwaku Manu, who is hoping to be a pastor, cautioned Ghanaians, especially actors and actresses, to be extra vigilant during the yuletide.