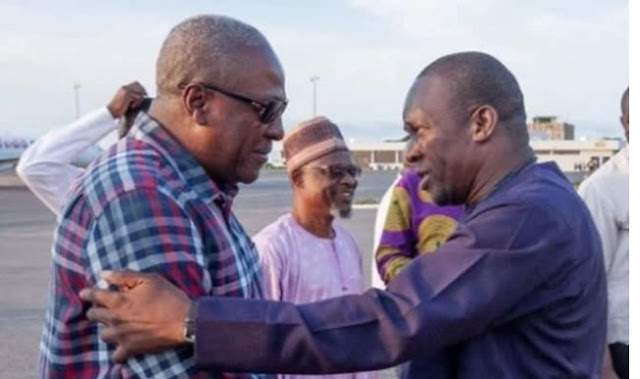 The Member of Parliament for Nadowli Kaleo and presidential aspirant for the National Democratic Congress (NDC), Alban Kingsford Sumana Bagbin has blamed the party’s poor showing in the last election on the quality of its presidential candidate, John Dramani Mahama.

The former president, Mr. Bagbin explains was not thoroughly prepared for the Presidential position making him lack some critical ingredients that would have made him perform well when he had the opportunity to lead the country.


According to the former majority speaker, Mahama should have spent more time in Parliament to better understand governance.

He, however, added that certain eventualities had to push the party to rush him unto the Presidential ticket first as running mate to the late John Mills and then by default as presidential candidate.

Mr. Bagbin added that he, however, played a significant role in remedying the deficiencies in the former president.

He insists that he is the best person for the NDC presidential ticket as he is not only mature for the job but has the requisite experience amongst the other contestants in the race.

“It was under his leadership that the NDC was that humiliated in the 2016 election and so he has a baggage to carry…and it was through me that he was able to climb up and he is aware the kind of contribution I did to mould him to get to that state.

“I must say that maybe we had to rush him into that leadership position. He hadn’t had enough opportunity to mature before getting the presidency. He came to parliament in 1997 and he was a deputy minister and so the culture of give and take which you learn in parliament he didn’t get that opportunity. And so as we moved along in opposition we had to work to get him to become running mate to Professor Mills and you know under professor Mills; three and half years and we lost him so he was automatically catapulted into the position of a president just within one day and you see the rush.

“That one was also for five months and we had to go for election 2012 and the whole party had to come behind him. For good reason we did not allow us to have primaries because we thought that would divide our front so we had let him go unopposed,” Bagbin told delegates of the NDC in the Central region where he is currently campaigning ahead of the party’s presidential primaries in December.