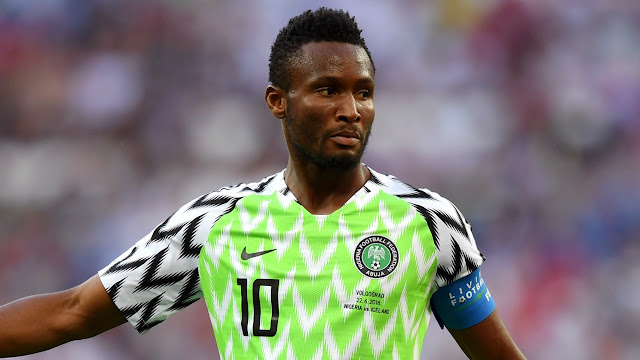 When Nigeria beat Iceland at the Volgograd stadium they created a fair race against Argentina for second place in Group D  Our collection now includes @Mikel_John_Obi‘s shirt from the match – the 2018 World Cup captain of the @NGSuperEagles
Argentina couldn’t claim three points against hardy newcomers, Iceland, but the @NG_Supereagles did – n they did it in style  . The jersey worn by @Mikel_John_Obi at Nigeria’s 2-0 victory at the Volgograd Arena at the 2018 World Cup has been added to the FIFA Museum collectn

Recall that Ahmed Musa’s brace gave Nigeria victory over Iceland, in the 2018 World Cup Group D football match. Musa, who came into the starting line-up in place of Alex Iwobi, announced himself with two of the goals in the Nigeria vs Iceland match of the tournament so far.Musa’s sweetly struck half-volley fired Nigeria into the lead just after half-time before he added a second with 15 minutes to go to make the Group D game safe. Iceland got a lifeline in the 82nd minute with a VAR-awarded penalty but dead-ball specialist Gylfi Sigurdsson blazed over the bar.