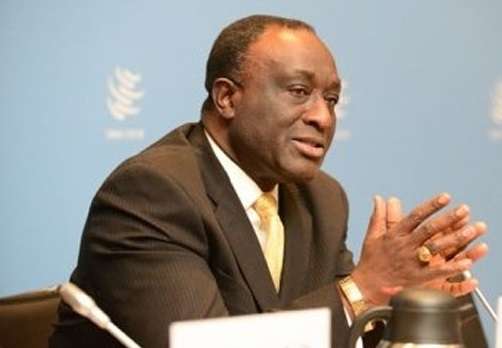 Already existing factories which are seeking to expand their operations to employ more Ghanaians can benefit from the government’s One District-One Factory (1D1F) programme, Minister of Trade and Industries, Alan Kyerematen, has said.

The 1D1F project is an initiative by the Akufo-Addo-led government to create jobs for the teeming unemployed Ghanaian youth.

Speaking on the floor of parliament on Wednesday, 7 November, Mr. Kyerematen said:

“Both new and existing factories that seek to expand their operations qualify to be part of the 1D1F project, so, if there is an existing factory that qualifies to be on 1D1F project, then the situation is determined where they are already located.”
“The government has also approved a package of incentives for the IDIF companies.”

“The enterprises being built under the initiative are owned and managed by private investors and entrepreneurs and, therefore, they determine the location of these projects”, according to Mr. Kyerematen.

“In selected cases, the government could act as an equity partner and will, therefore, have a role in determining the location of the project, otherwise the location is primarily the responsibility of the business promoter”, he said.