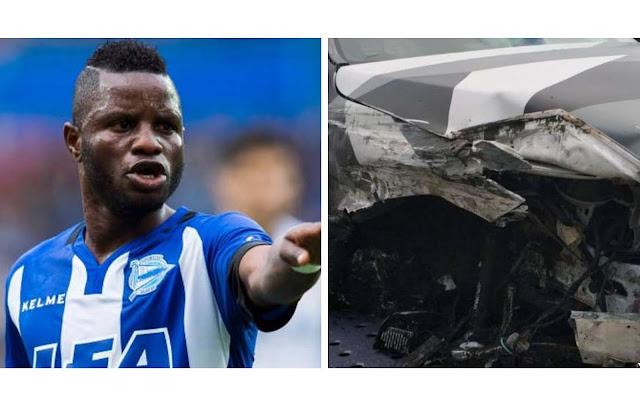 
According to Ghanasoccernet.com sighted by Ghnewslab.com, the midfielder was heading to the town of Loiu, 12 kilometers from Bilbao, to take a flight to his country to join the Black Stars for the match against Sierra Leone when the accident occurred. Wakaso’s car hit the railing of the motorway as he drove in rainy conditions on his way to the airport for the journey to Ghana to join the national team.

A picture of his car shows that the right side front tyre of car and that side of the vehicle was completely damaged following the crash. However, the influential player did not required hospital admission and continued with his journey to the airport to catch the flight to his native country in West Africa.

The accident occurred just hours after Wakaso had played a key role in Alaves’ shock 1-0 win over Real Madrid in the Spanish top-flight on Saturday. Wakaso has return to the Black Stars team after he was excluded from the squad that lost 1-0 to Kenya in last month’s AFCON qualifier. Wakaso earned a return to the team following his superb form in the Spanish La Liga. 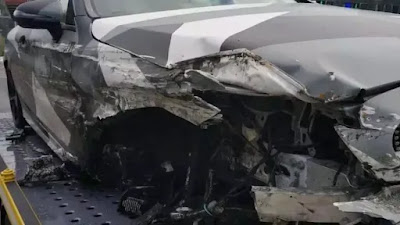