Popcaan Shows Appreciation To Drake For His Continuous Support 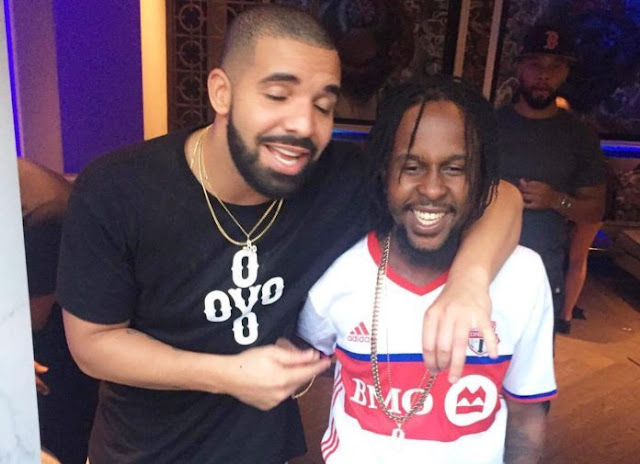 Popcaan has paid tribute to his brother Drake lauding his hard work and thanking him for his continued support over the years.

The “Family” deejay recently took to Instagram to pay tribute to his musical brother Drake praising his hard work and immense talent which has allowed him to reign supreme at the top of the Hip Hop game.

“@champagnepapi my brother fi life this , people don’t know how hard you work fam so they will say anything, the destiny is greatness alone bro, and thanks for always supporting the unruly family… done know a we say family… #ovo/unruly,” the deejay posted.

The bromance gesture was not overlooked by the international superstar who promptly replied: “Thank You brother.”

The two superstars have remained close friends over the years with Popcaan being sampled on Drake’s multi-platinum selling 2016 effort “VIEWS.” The deejay was also notably featured on an early version of the rapper’s “Controlla” single, which was unfortunately shelved due to a leak.
Fans took to social media earlier this week to show their support for the pairs growing bromance, with many expressing hopes for an official collaboration in the near future.

“Awww their bromance is cute ,” one fan wrote while another commented, “Real know real.”

However, the deejay’s post did manage to attract some negative comments as fans of other Dancehall acts used the opportunity to troll the “Unruly” deejay’s affiliation with the rapper.

“Man we shoot up e car weh yuh man buy fi yuh mek yuh haffi left dat abandoned ,” one fan commented, quoting a popular line from Alkaline’s diss track “Mircorwave,” while another trolled ” Poppy a look man as usual wa drake control him again like football. Why him Nuh post him bredda and right something sentimental like that. Fish that.”