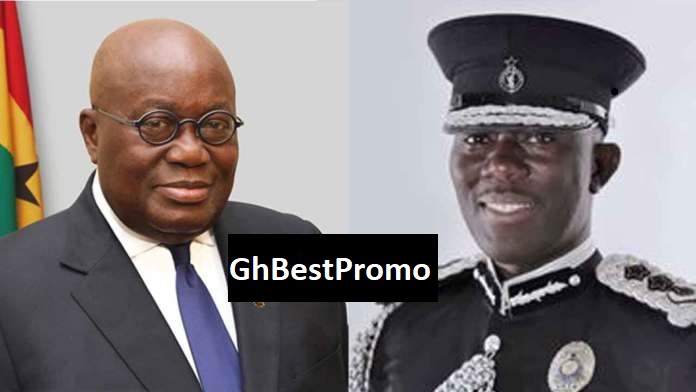 President Akufo-Addo to swear in Akuffo Dampare as substantive IGP.

The acting Inspector General of Police (IGP), Dr. George Akuffo Dampare, will later today, Friday, October 8, 2021, be sworn into office as the substantive chief of police by the President, Nana Addo Dankwa Akufo-Addo.

COP Dampare, 51, until this appointment, was the Director-General in charge of Administration at the Ghana Police Service.

He would be the youngest IGP to be appointed in the Fourth Republic and the eighth youngest since Ghana gained independence.

With about 30 years of active service, he unusually rose from the rank of constable to the current portfolio.

Dampare, who has been acting as the IGP for the last two months, has earned praises from many Ghanaians for his swift response to criminal cases that have either been solved or pending court action.

The most recent incident is the infamous Takoradi alleged fake pregnancy and kidnapping saga where a 28-year-old Josephine Panyin Mensah made the police go on a wild goose chase over a plot she hatched to please her husband.

READ ALSO: NPP presidential battle gets fierce ahead of primaries

President Akufo-Addo some weeks ago expressed confidence in the IGP and promised to provide the needed support for him to succeed as IGP.

President Akufo-Addo said Dr. Dampare has vindicated his decision to appoint him.

The President also added that he (Dr. Dampare) will be given all the needed support for him to succeed in his new position.

“I cannot end without reiterating the support of government and I for the recent actions taken by the Acting IGP George Akuffo Dampare which are eliciting strong backing from the population. He has so far vindicated my decision to repose trust in him to hold this high office.”

“I am confident, once the necessary processes are completed, which I’m sure will be soon; he will become our nation’s 23rd Inspector General of Police,” he said.

Thanks for visiting Ghbestpromo.com to READ “President Akufo-Addo to swear in Akuffo Dampare as substantive IGP”