Home » Takoradi Woman who Faked her Kidnapping Jailed for 6 Years 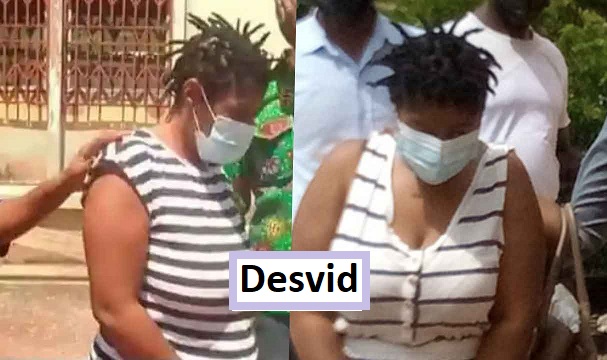 Takoradi Woman who Faked her Kidnapping Jailed for 6 Years.

The Takoradi Harbour Court A has sentenced a 29-year-old woman, Koana Krah to a six-year prison term for faking her kidnap.

She was charged with two counts of deceiving a public officer and publication of false news.

This was after she had pleaded guilty to the charges.

The group allegedly demanded a ransom of GH¢5,000 from the adopted father of Joana.

According to police prosecutors, Joana Krah conspired with the other two, to feign her kidnapping on Friday, October 22, 2021, after which a call was placed to her adopted father in demand for the ransom.

When Joana became aware that her adopted father had reported to the police and an extensive search had commenced to find her, she showed up at the Takoradi Central Police Station on Saturday, October 23, to confess that she was merely joking with her adopted father about the kidnap.

Further police investigations led to the arrest of suspects, Susan Awortwe and Francis Eshun for their complicity.

The court on Tuesday, October 26, 2021, sentenced Joana to a jail term of 2 years for the publication of false news and six years for deceiving a public officer bringing the total sentence to 8 years.

She is however expected to serve both sentences concurrently and thus will be spending six years in jail in total.

The presiding judge, Justice Micheal K. Ampadu in pronouncing his judgement said he took into consideration the fact that Joana is a first-time offender and has a child, and the fact that she cooperated with investigators and reported herself to the police when the matter was reported to the police.

Joana, while in prison, will have her child taken care of by her adopted father whom she had attempted to extort money from.

The presiding judge emphasized that the sentence among other things is to deter other persons from considering the perpetration of such an act.

Joana’s sentence was passed after a pregnancy test ordered for by the judge came back negative.

Thanks for visiting Ghbestpromo.com to READ “Takoradi Woman who Faked her Kidnapping Jailed for 6 Years“