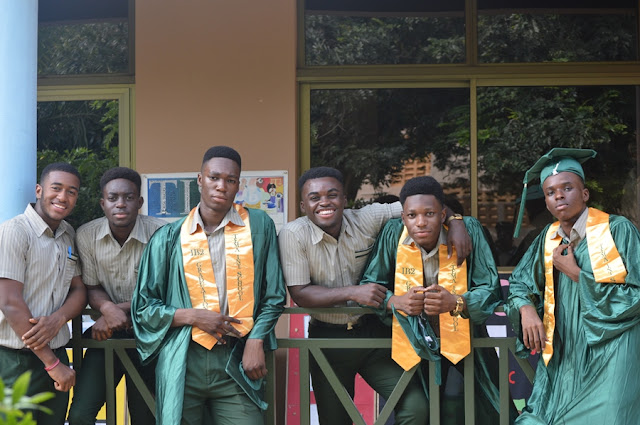 As part of Tema International School’s 15th anniversary celebrations, they will be staging the musical, Beauty and the Beast, come Friday, November 23, 2018 at the National Theatre.

For the past 15 years, Tema International School has believed in and observed the policy of ‘no child left behind’.


As an institution, TIS believes that there is an iota of greatness in everyone, and when given the needed opportunity and support, attaining excellence becomes inevitable.

In the light of this philosophy, the 2018 TIS Annual Performance promotes the theme, ‘there is beauty in every beast’. Beauty and Beast tells of a beast who could learn to love when given the opportunity and support.

Tema International School is a place of many opportunities, ranging from academics, sports, leadership, service, creativity, and general wellbeing. Of course, no child is ever left behind in the school. At every moment and place, students are presented with many rewarding opportunities to develop themselves into becoming impactful global citizens.

When it comes to creativity, TIS is a hub of talent. As a school, TIS takes an interest in discovering, developing and promoting creative talents.
This is testament of the school’s commitment to presenting annual school plays and art exhibitions.

From Ama Ata Aidoo’s Dilemma of a Ghost in 2010, to Tim Rice’s musical Joseph and the Amazing Technicolor Dreamcoat, in 2011 and Mrs. 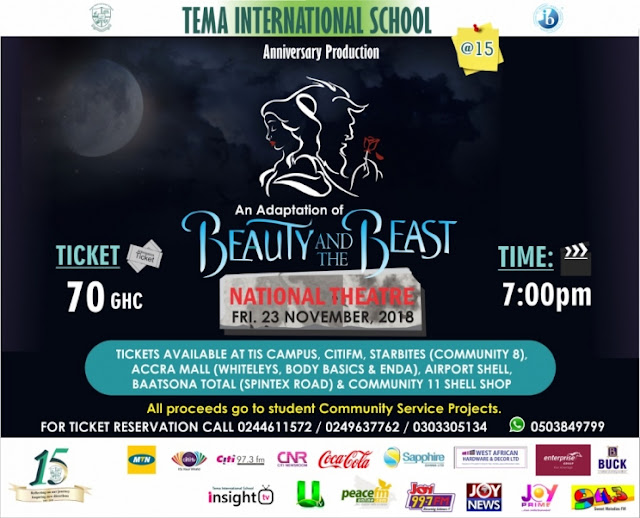 In 2013, during the school’s 10th anniversary celebrations, TIS raised the bar and wowed the audiences with an adaptation of the award winning Broadway musical, The Lion King, at the National Theatre of Ghana. Since then, TIS has continued with presenting mouth-watering theatre performances.

In 2014, the school presented James Ene Henshaw’s This is Our Chance, which was followed with Miriam Makeba’s musical, Sarafina in 2015, a devised performance of the evolution of music titled Evolution – a Tale of Fragmented Sounds, in 2016 and Ben Abdullah’s The Slaves in 2017.

TIS provides a holistic space of opportunities for students. When it comes to service, TIS is a haven. As an IB World School, TIS teaches and entreats her students to care and empathise for the less privileged.

Service Learning is innate to the culture of TIS. Evidence of this can be seen with the many service opportunities that students initiate and engage with communities.

From the Handi*Vangelism Children’s Home at Haatso in Accra, Calvary Presby Basic School at Tema Community 21, Tetteh-Ocloo School of the Deaf (Ashaiman) and the building of a school block for Graceland Academy School at Akorlikope in the Volta Region, students at TIS have been very engaged with touching lives and impacting their world.

As with this year’s annual school play production, proceeds of all other school plays go towards community service projects.