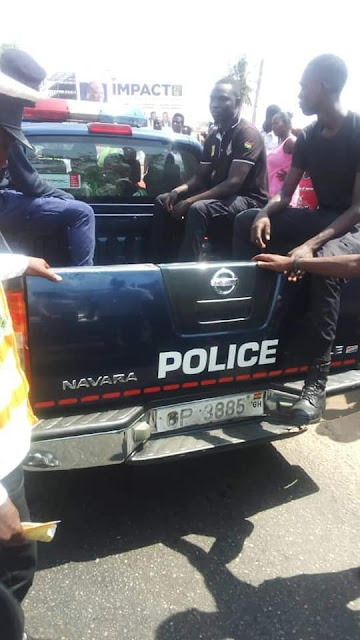 A number of Ghana Police officers has gone to the rescue of some 7 illegal immigrants from Nigeria were hiding in a hotel scamming innocent people after Ghana Immigration officers had them by the grips.
In facebook post by Patrick Baah of Flex Newspaper, a photo and video was shared evidently showing Ghana Police stating the illegal immigrant scammers are “their boys” and therefore invalidates the rights of the immigration officers to arrest them. 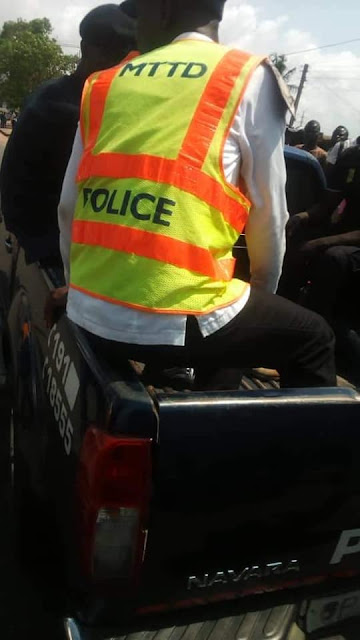 Yesterday around 7am in the morning the Ghana immigration had a tip off some 7 illegal immigrants from Nigeria were hiding in a hotel scamming innocent people, the immigration went there to arrest this guys, but unfortunately one of this illegal immigrants called his friends in the Ghana police to come and rescue them omg can you imagine eii, according to the Ghana police they claim those guys are their guys so the immigration has no right to arrest them. Hmmm guys watch the video some wai..