Video: My Son Smoked To Madness, I’m Not A Witch – Kwaadee’s Mother 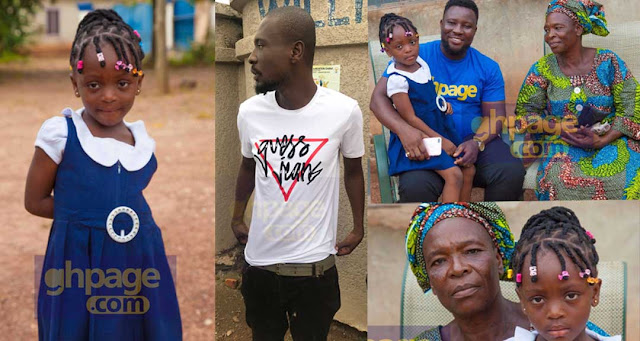 In an interview with Ghpage TV, the mother of Okomfo Kwaade, Madam Cecilia Sakia has reacted to reports that she is behind the problems that have befallen her son.


According to the woman, Kwaade’s problems are self-inflicted and it has been confirmed in every place she has taken the son to for help.

She revealed she took Okomfo to some of the renowned pastors in Ghana including Duncan Williams for help.

At some places, she even questioned the pastors if she is a witch and does not know and she is hurting her son, they should tell her or even take her life so that Okomfo will have his peace of mind.

But it turned out she is not harming the son in any way. They all came up with the explanation that, if Okomfo Kwaade stops the drugs, he will be fine.

Besides pastor, she even took her son to powerful priests for help but nothing fruitful came from there too. They all told her that, if her son stops the smoking, he will be fine.

True to their words, Okomfo Kwaade has been fine for the past 5 years when he stayed at the Willingway Foundation, a rehabilitation center in the Ashanti Region until, his friend, Oguns Kele sake of his ‘selfish reasons’ forcefully took Kwaade from the foundation and introduced him to the smoking habit again in Accra.

Gifty Osei To Marry NPP’s Hopeson Adorye After Her Divorce