‘‘We Won’t Lose Our Sovereignty To China’’ – Akufo Addo Assures 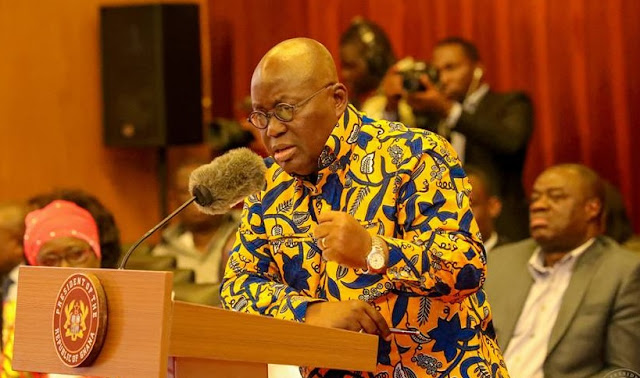 President Akufo-Addo has called for calm among Ghanaians who think Ghana is depending too much on foreign countries especially China.

Many Ghanaians continue to express worry over the President’s constant deepening bilateral relations with the Asian country despite his ‘Ghana Beyond Aid Agenda’ agenda.

Recently, Ghana and China have signed eight Co-operation Agreements and Memoranda of Understanding, in different sectors of their respective economies, aimed at deepening the ties of co-operation and the bonds of friendship that exist between the two countries.

Key among them is the $2 billion infrastructure support deal that will see Ghana give away major parts of its Bauxite concessions to be mined by China.

But speaking at his last Media Encounter for 2018 on Wednesday, Nana Addo said the relationship between the two countries is for mutual benefit and that there was no way Ghana will lose its sovereignty to China.

“I am aware that there is some anxiety among some people that we might be putting ourselves in a position of too much dependency on China. I am determined that we should use what opportunities there are to raise ourselves out of poverty, but there is no chance that I would ever preside over the loss of Ghana’s sovereignty to any foreign country,”

The agreements are the “One belt one road Memorandum of Understanding, Memorandum on Regional Aviation Co-operation Agreement for Co-operation in the peaceful use of nuclear energy, and Co-operation to carry out Maternal and Child Health Project.”

Read Also: Ursula Owusu Announces Smartphone For Every Citizen By 2020

Speaking with President Xi Jinping, prior to the signing of the eight (Agreements, President Akufo-Addo noted that the relationship between Ghana and China, over the years, have been excellent, noting that “Ghana has been a firm friend of China.”

The President of the People’s Republic of China, Xi Jinping, also stressed that he is prepared to work with his Ghanaian counterpart, President Nana Akufo-Addo, to ensure that relations between Ghana and China take the lead on the African continent.

According to President Xi, the “deep historic bond” between China and Ghana, nurtured by leaders such as Mao Zedong, Kwame Nkrumah and others, has resulted in “a 58-year old tradition of friendship”.

He was confident that, under their joint leadership, Ghana and China would “enrich our friendship, take our bonds of co-operation to new heights, and thereby deliver greater benefits to our two peoples.”