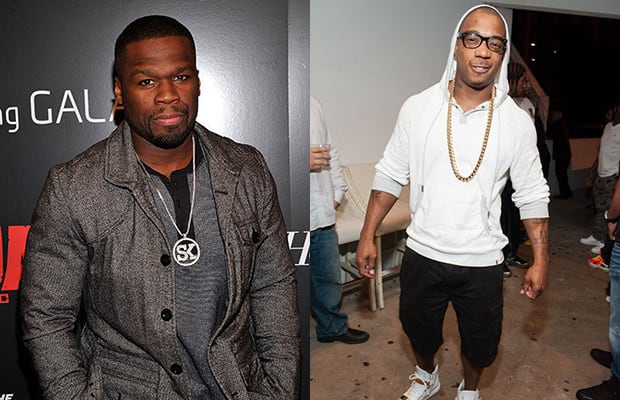 50Cent had time on his hands to dish out a dose of pettiness today (Oct. 26). The Get Rich or Die Tryin’ rapper decided to poke fun at the low cost for seats at a recent Ja Rule show, and revealed he bought a bunch of them so the stands would be empty.
“People think I’m mean so go see this. $15 bucks wait what I do now LOL,” he wrote as an Instagram caption alongside a photo of the tickets being sold on Groupon.

The New York-bred rapper continued to stir the pot by commenting on the post and revealing that he bought 200 seats to Ja’s show. “I just bought 200 seats in the front so they can be empty. LOL,” he wrote.
The two MCs have had beef brewing for over a decade. In recent years, they’ve continued to trade shots at each other on social media.
Before 50Cent’s low blow, last month, Ja shared with his fans on social media that he had to cancel a show in Syracuse, N.Y.

“Yo, Syracuse. i just got word that the show has been canceled,” he said in a video. “Sorry, man. Been trying to get there all day. I love y’all man. We gon’ reschedule the show. I’m leaving the airport now, man.”

The G-Unit rapper then trolled Ja by responding that nobody wanted to see the show in the first place. “Only 10 tickets sold don’t nobody want to see that shit, you talking about wait we get a lot of people on the walk up. Get the fuck outta here get the strap,” he wrote as an Instagram caption.

Aside from their feud, both rappers appear to be doing well. 50Cent recently inked a $150 million deal for his hit series on Starz, Power. As for Ja, he revealed that he considers himself the LeBron James of hip-hop.