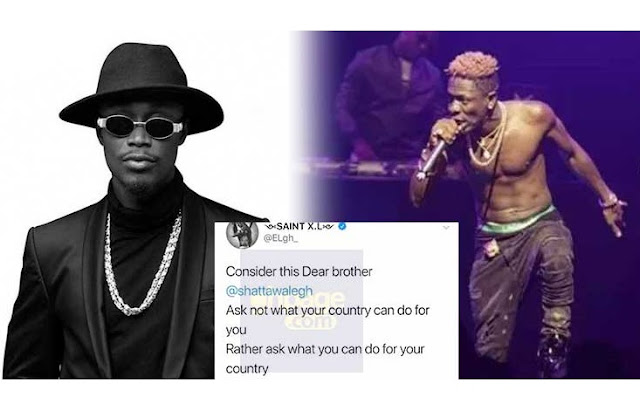 As dancehall act Shatta Wale called Ghana a village on stage over the weekend in the UK, several people have shared their sentiments over the issue and one of such people is our very own former artiste of the year EL.

In a tweet, EL didn’t take sides with Shatta on what he said but rather asked him a very deep question.

Well, Shatta Wale wasn’t wrong after all as he explained why he called Ghana a village but then we think the platform on which he said it was what he really should have considered.

Check out EL’s tweet below and tell us what you think: 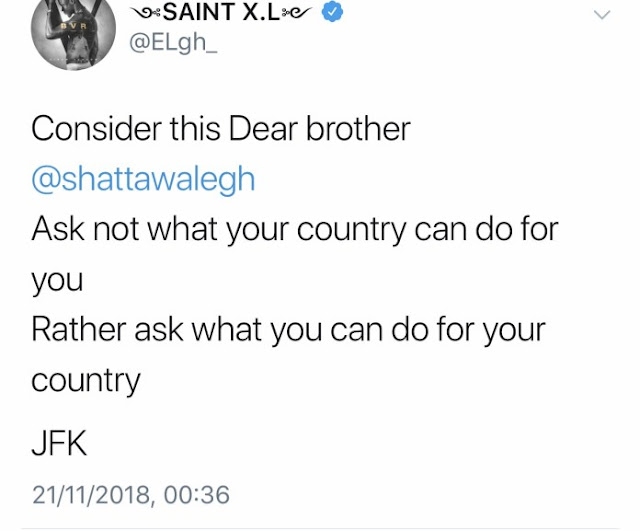