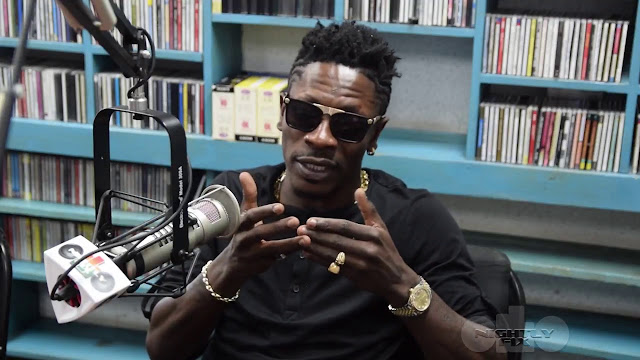 He said he made that decision because he was preparing for his ‘Reign’ album launch Dancehall sensation, Shatta Wale, has revealed why he has not been playing shows these days.


According to him, he turned down huge sums of money because he was preparing for his much-anticipate ‘Reign’ album launch which is set to come off on Saturday, October 13, 2018 at the Fantasy Dome. Shatta Wale made this known in an interview with Zylofon FM ahead of the ‘Reign’ album launch.

He said, “I rejected a GH¢100,000 offer to play a show from Indomie and GH¢200,000 from Glo to play a show for them, not because I didn’t want to or boasting but I was fasting and preparing for my album launch.

“I later sat with management of these companies and explained things to them and they understood.” This revelation comes after the host of the programme, Sammy Flex, had asked him why he was not playing shows lately.