I Have Slept With About “250 Women” – Wanlov Kubolor 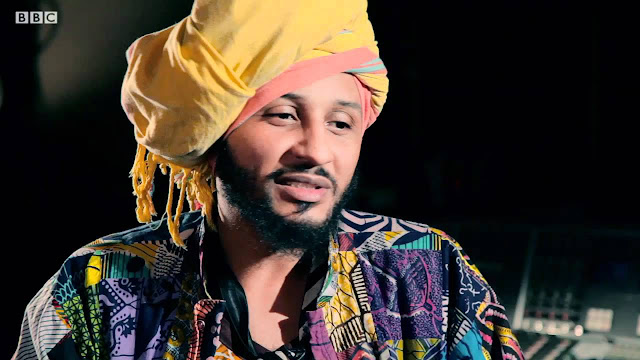 He may obviously not be the first, second, third or even tenth Ghanaian star to have achieved this feat but the first to publicly admit to his numerous sexual escapades (with an approximate number).

The Afro-gypsy star, Wanlov the Kubolor who is highly regarded for his hyper-sexuality during an interview on IN BED WITH ADWEN admitted to have lost count but nonetheless took no exception to the claim of 250 women being notched in his bedpost.

Spotting his trademark long dreads, with a black-framed dark-shade round sunglasses over a fitted blue-black V-neck t-shirt, he openly bragged about how his various sexual bouts streamed from across various continents and countries.

Wanlov the Kubolor who already has 5 children with 5 different women recently admitted to not giving up on his sexual desires as he professed his latest romantic fantasies for Afro-Pop singer Becca.