Home » Is it depression that is making you Date Kindergarten Kids? – Lady ask Delay 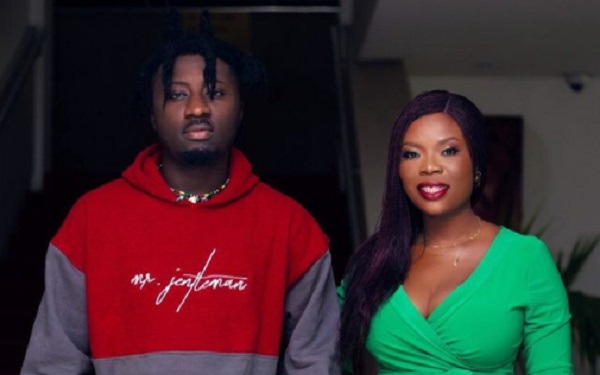 Is it depression that is making you Date Kindergarten Kids – Lady ask Delay.

Deloris Frimpong Manso, well known as Delay, has come under heavy fire from a social media user over her alleged romantic affair with rapper Amerado.

The 39-year-old television personality and 26-year-old musician are rumoured to be dating. And despite several media reports about their alleged relationship, neither of the two have come out to confirm or deny the reports.

Instead, Delay and Amerado have intensified the rumours with a series of comments, photos and lovey-dovey videos on social media giving fans reasons to believe they are having an affair.

No single day passes without the two giving the public something new to talk about for obvious reasons of making news headlines and staying in the trends.

And while many of their fans and followers have fallen for what appears to be a publicity stunt, others have questioned the veracity of their status as a couple.

A fan who cannot fathom why Delay, who is almost in her 40s, is allegedly dating a young Amerado has taken to social media to lash out at her.

According to the fan, Delay is a disgrace to womanhood to be dating a man young enough to be her grandson. In a scathing post, the fan dragged Delay for her actions.

She wrote: “Ahh Delay so at ur age (you’re) dating your grandson. Is it the barrenness na has depressed you to date kindergarten kids now”.

Delay’s detractor went on to mock her for not being married, not having a child, a house or a studio for the production of her popular tv programme, Delay Show.

The genesis of the lovey-dovey affair going on between Delay and Amerado began just this year when the former shared videos and photos on social media which suggested that she had found love at last.

Delay has been at the center of mockery and ridicule because she had failed to settle down even at a relatively old age. She had promised that love would surely find her and it has become obvious that Amerado is the beau in the picture.

The couple has been showering each other with romantic felicitations on social media to subtly corroborate all the rumours flying in the digital space.

At a recent event hosted by HD PLUS Ghana. Amerado and Delay romantically hugged like they have been married for the past 10 years.

Amerado who was smartly dressed met Delay at the event and upon his arrival, he immediately went for a hug from his assumed lover and also had a small talk with her before he left to greet his colleagues in the showbiz industry who were also present at the event.

Citing from how things are unfolding, it might be 98% true that they are the new lovers in town and “Age is just a number” concerning the difference between the rapper who is 26 and the TV hostess who has turned 39.  source: Desvid

Thanks for reading “Is it depression that is making you Date Kindergarten Kids? – Lady ask Delay” on Ghbestpromo.com