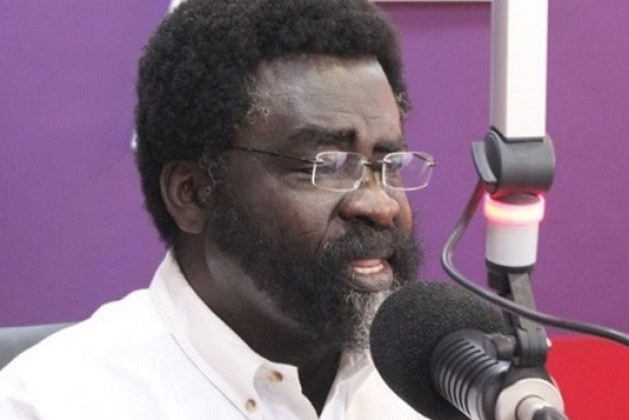 • He wants Wontumi voted out as Ashanti Regional chairman of NPP

Dr. Amoako Baah, a political science lecturer at the Kwame Nkrumah University of Science and Technology has criticized the leadership of the Ashanti Regional branch of the governing New Patriotic Party over its failure to honor a debt owed him.

Dr. Amoako in a Hello FM interview revealed that he is owed GH¢25,000 by the NPP in the Ashanti Region for a project he executed.

He disclosed that the said cost was incurred after he led a fundraising exercise for the party ahead of the elections.

Dr. Amoako Baah bemoaned the failure of the Ashanti Regional chairman of the NPP to deliver on a promise he made to him over the debt.

He disclosed that Bernard Antwi Bosiako alias Chairman Wontumi has promised to personally settle the debt but nothing has been achieved so far.

He also urged Chairman Wontumi to open himself up for challenges in the party’s upcoming regional elections.

“All I’m saying is he should run so that he is voted on. If the delegates feel he is done well and vote for him, fine. I have no problem.

“I have a bitter experience with NPP. You were all here when I did the Stadium fundraising. Ashanti Region NPP owes me GH¢25,000. No one paid that debt so they still owe me. I have told Wontumi and he promised to pay but nothing has happened. After the event, they took the money and never got back to me. People accused me of colluding with Chairman Wontumi to make money. I never handled any money so up till today they owe me.

“You should ask the party executives how we’ll retrieve those monies. Wontumi should know and the treasurer also knows. I’m not complaining because of the money but if you can’t look out for us, then why,” he said.

Amoako Baah stated in the same interview that the time has come for the party to ring changes in its leadership in the region.

He stated that Wontumi has lost the magic touch that fueled their return to power and that a new chairman should be elected to lead the party in the region.

Thanks for visiting Ghbestpromo.com to READ “KNUST Lecturer cries over GH¢25,000 NPP debt”