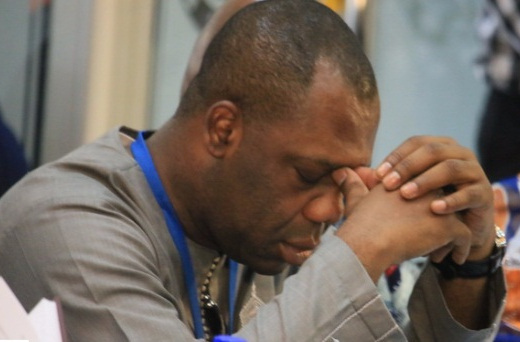 President of the Kwame Nkrumah University of Science and Technology (KNUST) Chapter of the Teachers and Educational Workers Union (TEWU), Charles Arthur, has asked the Minister of Education, Dr Mathew Opoku Prempeh (Napo), to resign following the riots that engulfed the school last week.


According to him, the issue was handled badly by the minister, for which he must take responsibility and resign.

The Chancellor of the university, Asantehene Otumfuo Osei Tutu II, has been requested by the government to lead efforts at reconstituting the dissolved Governing Council of the school.

A statement signed by Information Minister-designate Kojo Oppong Nkrumah said: “On Monday, 29 October 2018, the government requested the Chancellor of the university to lead the next steps in reconstituting the university council, in accordance with the university’s statutes and relevant laws. Council is expected to be reconstituted by Friday, 2 November 2018. The reconstituted Council will then take over from the Interim Governing Council.

“In accordance with the directive by the president of the Republic, the university is expected to re-open by 8 November 2018 for normal academic work to resume”, the statement said.

The National Council for Tertiary Education asked the Vice-Chancellor, Prof Kwasi Obiri-Danso, to step aside and allow the newly-constituted Interim Council to take over the affairs of the school.

Speaking on Ghana Yensom on Accra100.5FM hosted by Kwabena Prah Jnr. (The Don) on Tuesday, 30 October, Mr Arthur said: “This matter was not handled well by the minister. Clearly, he politicised the whole issue and attempted to get rid of the Vice-Chancellor and, so, he must resign.

“All of us must rise and protect our universities against political interference.”