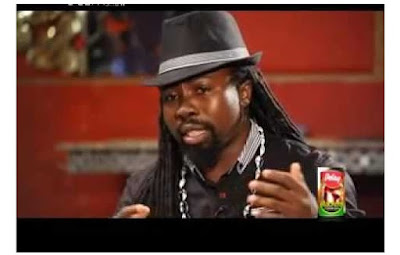 Hiplife artiste, Obrafour has reiterated that his song, ‘Kasahari’ was not targeted at Sarkodie while stating that the supposed feud between them was cooked by some people for mischievous reasons.

Some music enthusiasts argued that the song was directed at Sarkodie due to some specific references. Their stance appeared solidified when Sarkodie released ‘Almighty’, few days after, lamenting on why some people hated him and his craft.

Speaking on Daybreak Hitz, Obrafour debunked claims of a feud between him and Sarkodie and emphasized that he was demonstrating his lyrical dexterity on the song, which many unfortunately have misinterpreted.

“They misconstrued the ‘Kasahari’ song. People gave their own interpretations to the message the song carried. I see those things as distractions. I don’t know why people think that way. I am the author of the song, I conceived the concept so if there is confusion, I thought they’d come to me and ask for me to explain. The mischief is too much,” he pointed out.

Asked if he is rather not mischievous, Obrafour responded, “I think people don’t understand me… I am claiming that it’s because of his [Sarkodie] association with me that is why he’s been revealed by Kasahari. I’m saying this guy is now revered by hip-hop… I had exempted him and was going after the other rappers that I think are not doing well.”

Obrafour, however, voiced his admiration for Sarkodie’s ‘Almighty’. “It’s a beautiful song, but it has nothing to do with me…..I mean this is Sarkodie, I think he was just freeing his mind.” He noted.