Teacher Kwadwo Spends Salary On Providing His Pupils With Uniforms 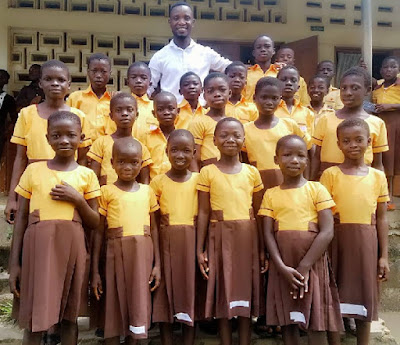 A young Ghanaian teacher, Michael Owusu Afriyie, has sewn 18 new uniforms for pupils in his school using his own money.

Michael, who is popularly known as Teacher Kwadwo because of comic skits he does, revealed that he has challenged himself to sew 18 new uniforms for 18 pupils every month and this is the first batch.


In a Facebook post sighted by Ghnewslab.com, Teacher Kwadwo revealed that he was using his own salary and the revenue he gets from the funny videos he uploads to YouTube.

According to him, though he was not rich, he was motivated to undertake the gesture because of love.