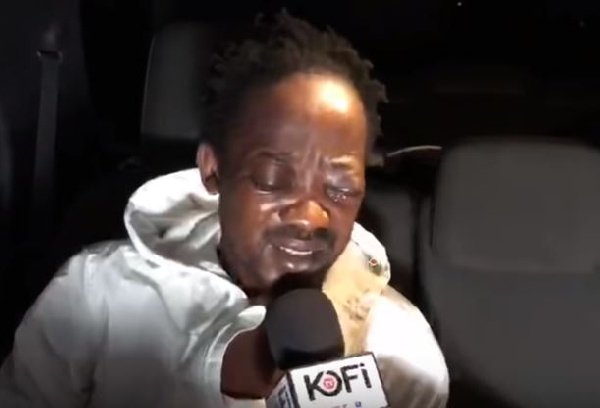 The news of Ghanaian singer Daddy Lumba Jnr. quickly losing his sight to a tumor is a disturbing one. The sad situation the musician finds himself in has caused AMG business boss, Criss Waddle to call on his fellow musicians to come together and save the sight of the ‘Ay3 D3’ hitmaker.

Speaking to B Ice on Kumasi-based Agyenkwa FM, the rapper chastised the current MUSIGA president, Bice Osei Kuffour, who is popularly known as Obour. The ‘Bokoor Di3’ hitmaker made the point that Daddy Lumba Jnr. is still facing this current predicament because the MUSIGA president is relenting on his duties.

He revealed that Obour could have helped him by calling on other musicians to contribute some money for him but because he (Obour) won’t get any money from such a charitable act he is not enthused about it.

The ‘King Kong’ hitmaker then called on his other colleagues to try and come together and probably organize a concert to help Lumba Jnr. out. He also suggested that they can even just decide to do a donation concert as soon as possible to save the sight of the talented musician, Anokye Supremo.

Watch the video below: