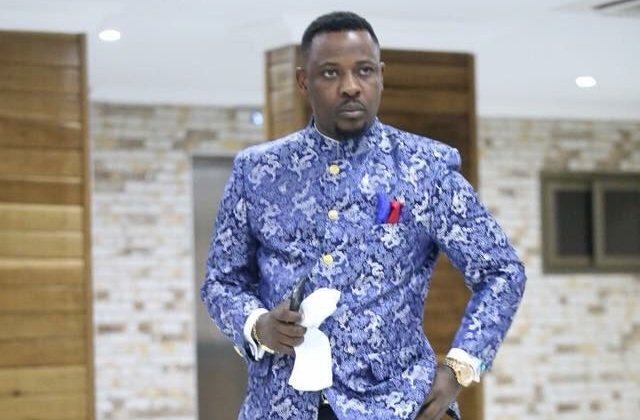 According to a Browngh.com report sighted by YEN.com.gh, the self-acclaimed man of God has raised a man from the dead. The man identified as Mr. Ackah narrated the whole story to the congregation during church service.

He woke up from bed one morning with his heart beating abnormally but defied that to visit the bath house to have his shower. According to Mr Ackah, having taken his bath, his feet became unusually cold and heavy so he had to crawl back to his room as he couldn’t walk.

“The situation started worsening and all of a sudden my wife entered the room. She said she saw a strange voice ordered her to enter the room.”
“When we reached the emergency ward of Korle Bu, I realized that if it’s your time to die, you feel it yourself at the last hour.”

“Like every person about to die, you’ll feel cold extremism from your feet and have flash memories about your life, both good and bad… fear will grip you if you’re not living a righteous life,” he narrated

From his account, he experienced all he narrated above but he kept on saying God should save him from death.

He then felt his heart leaving his body and from that moment he died. He was certified dead from what was written in his folder. This didn’t stop the wife as she contacted Prophet Gaisie via phone call.

Joining her husband on the floor, the woman narrated her side of this miraculous moment.

The pastor after the testimony told the congregants to establish a good rapport with their pastor to gain easy access to them in difficult times like what happened to Mr. Ackah.

Prophet Gaisie really trended 10 months ago when he prophesied the death of Ghanaian songstress, Ebony Reigns.

Prior to Ebony’s untimely death, the prophet had said that the ‘Sponsor’ hitmaker will die through car crash. Lo and behold that prophecy came to past when Ebony died in a car crash on her way to Accra from Sunyani.