VVIP Is The Biggest Artistes I Ever Worked With 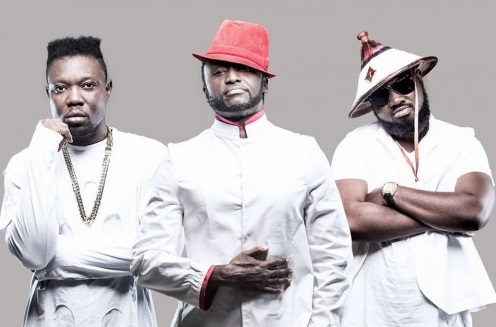 According to CEO of BullHaus Entertainment, Lawrence Nana Asiamah popularly known as Bulldog, the biggest and most prominent artiste he  ever managed were the musical group VVIP.

“We just want to move on. We don’t have any problem at all with Bulldog. We all sat down peacefully in a meeting and decided to do this as matured people. We will always go to him for advice and help anytime we need him…” were the words of the group when  they parted with Bulldog in 2014 and signed on Progress Management.
In an interview with Ibrahim Ben-Bako on Joy Prime’s Red Carpet Entertainment Review, he said:

“The biggest artists I have ever worked with in my life were VVIP. They went to ‘Channel O’ before recognizing me. They thought I would make them big. We never had a contract…” he said.

“They gave me 25 instead of 10 per cent. If we have a video, we all contribute. It was not based on any contract. It was a verbal contract. They had integrity and stood with their work…” he maintained on the Joy Prime’s ‘Red Carpet Show’ on Saturday.