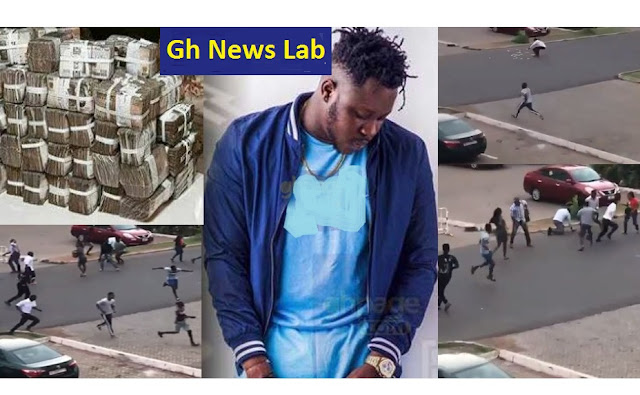 AMG business rapper, Medikal has been spotted in latest video spraying cash on the campus of the University of Ghana.

Medikal could be seen in the video riding his car while some students tries to crowd him with a clamor of excitement.

Considering the excitement level of the students and their fascinating moves on him, Medikal sprays a cash of dollar notes on the ground for them to feast.

Though Medikal was not captured clearly in the video because he was sitting inside his car, it could be seen that money was sprayed all over the campus of the institution.

However, in a recent video, Showboy had threatened to expose Medikal and his alliances in a $90,000 scam scandal.

Could it be that the money Showboy was alleging is the one Medikal has started spending extravagantly?

Watch the video below…