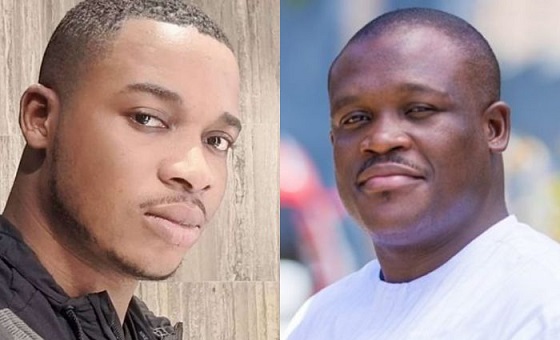 Think Of How to Utilise Our Natural Resources Rather – Twene Jonas punches Sam Nartey George Over LGBT Bill.

Twene Jonas has finally revealed his reaction to the trending LGBT saga in Ghana and true to form, he is just blasting everyone.

Jonas has dropped a video violently attacking both the LGBT community and politicians in Ghana for wasting people’s time on this asinine law.

According to him, they should spend time thinking of how to properly utilise Ghana’s mineral resources to make money and develop the nation and not waste time on LGBT issues.

Jonas however also said Ghana is not ready for legalizing LGBT conduct and whoever is caught in the act deserves to be attacked.

He was essentially saying that LGBT issues should not be the top agenda in Ghana at this moment because we have more pressing issues to think of solving.

Honorable Sam George, Member of Parliament for Ningo Prampram and some colleagues have been working on getting a bill passed to criminalize LGBT activities in Ghana.

The bill has recently returned to public prominence due to a memorandum from some academics and human rights activists, including the President’s lawyer, calling for it to be scrapped.

Now everyone and their mother are giving their opinion on the issue.

Jonas is the latest to do so and he was sparing no one as he opened fire left and right.

Listen to his stance on the matter below.

Thanks for visiting Ghbestpromo.com to READ “Think Of How to Utilise Our Natural Resources Rather – Twene Jonas Goes Bonkers on Sam George Over LGBT Bill”