People Pay Attention To My Weight Than My Music 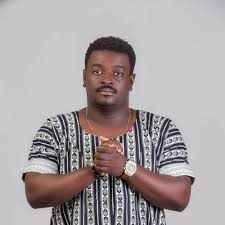 Highlife musician Kumi Guitar says he gets a lot more criticisms concerning his weight than his music.

According to him, people comment a lot more on his body size to the point that, “sometimes when I read and I don’t see such comments I get worried.”

He told Andy Dosty in an interview on Daybreak Hitz on Hitz FM that, “when they say [them] I become happy.”

The musician said, “nobody has actually criticised my songs…it’s always about my weight.”

While he sees those comments as feedback, the ‘Betweener’ singer noted it is sometimes unfortunate that people rather tend to insult him when making comments about his weight.

Nevertheless, he said criticisms are part of celebrity life. “You are a public figure [so] you can’t run away from these things…our lives are not private to anyone.”

“If you are telling me to lose weight…it’s not like you are killing me…it’s the way and manner you say it,” the Zylofon Music artiste said.

He observed that the kind of work he does, “people can come at you at any time.”