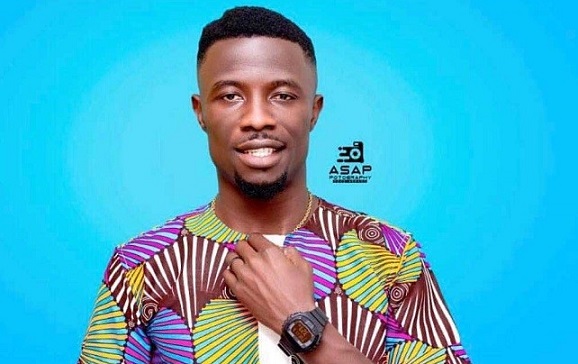 The station has announced that the much awaited season 2 of the relationship and dating show will take off from Saturday October 16, 2021 at a launch that would feature some of the top celebrities and music artistes.

The show which will run on the popular local language television channel will see Kwaku Manu interacting with potential seekers of love on national television with the intention of creating a match for a date over the next eleven weeks.

“Imagine trying to pick someone you have not seen physically except you have heard her voice and seen her silhouette in a transparent box,” Kwaku Manu noted. “There will also be a lot of good music, dance galore and a lot of jokes to spice up your Saturday evenings.”

Kwaku Manu said he was very confident that the audience would love what would be his great performance as host of the new “Odo Fever”, but even more so they will love the new twist that has been added to make the show very exciting.

The first season of “Odo Fever” saw two men competing over three months’ period to eliminate each other to choose one out of ten ladies eventually to go on a date and possibly get into a relationship. At the end it was Kontomire who stayed to the end and chose Shattiah out of the remaining ladies in the competition to go on a trip and to receive many prizes available for the winners.

“It was the first time the show was airing and it proved to be a good one for the channel that was barely one-year-old at the time,” said Francis Doku, General Manager of MGTV at Media General.

“This time we are adding a new twist to “Odo Fever” that would wow viewers of Onua TV. Can you imagine falling in love with just a voice, a silhouette or someone you cannot see but only had a conversation with? This and many other attractions are the twists and turns that would define the second season of “Odo Fever,” Doku noted.

To make the show even more engaging, entertaining and exciting is the addition of the funny actor and comedian Kwaku Manu as the host of the show with the view of him bringing his process in the industry to drive up the entertainment value of the show.

“Everybody knows how good Kwaku Man is and we are very hopeful that adding him to the show as the presenter would ensure that he brings his very respectable experience in acting to bear on making the second season even more exciting,” Doku said.

The launch of the new season of “Odo Fever” will take place from 8pm on Saturday 16th October, 2021 and will air every Saturday from 9pm and repeated on Friday at 9pm on Onua TV.

Thanks for visiting Ghbestpromo.com to READ “Kwaku Manu to host Odo Fever Season 2 on Onua TV“